It’s time for the annual Wild Writers Literary Festival, founded by The New Quarterly, a literary journal based at UWaterloo’s St. Jerome’s. This year, everything will be held online, and spread over the month of November. Events range from “Making Room for Disability: Mining Folklore and Fairytales” (Amanda Leduc and Emily Urquhart) to “The Path to Publication” (with Chelene Knight, Pamela Mulloy, Russell Smith, and Brent van Staalduinen). UWaterloo English faculty Dr. Vinh Nguyen and Dr. Lamees Al Ethari will also be participating. For more see Wild Writers Literary Festival.

People talk about how the connections you make in university can last–that’s certainly the case for UWaterloo PhD alumna Sarah Gibbons, and UWaterloo PhD candidate Tommy Mayberry. They are the co-authors of “Dissertation Pedagogy in Theory and Practice: Extending Our Roundtable,” which appears in Canadian Journal for Studies in Discourse and Writing/Rédactologie, 30, 79-104. They are also scheduled to facilitate the “Dissertation Pedagogy” workshop that the article is about at the Northeast Modern Language Association (NeMLA) 2021 convention in Philadelphia. Congratulations!

Congratulations to UWaterloo English PhD alumnus Michael Truscello on the publication of his book Infrastructural Brutalism: Art and the Necropolitics of Infrastructure.

From the press:
In this book, Michael Truscello looks at the industrial infrastructure not as an invisible system of connectivity and mobility that keeps capitalism humming in the background but as a manufactured miasma of despair, toxicity, and death. Truscello terms this “infrastructural brutalism”—a formulation that not only alludes to the historical nexus of infrastructure and the concrete aesthetic of Brutalist architecture but also describes the ecological, political, and psychological brutality of industrial infrastructures. Truscello explores the necropolitics of infrastructure—how infrastructure determines who may live and who must die—through the lens of artistic media. He examines the white settler nostalgia of “drowned town” fiction written after the Tennessee Valley Authority flooded rural areas for hydroelectric projects; argues that the road movie represents a struggle with liberal governmentality; considers the ruins of oil capitalism, as seen in photographic landscapes of postindustrial waste; and offers an account of “death train narratives” ranging from the history of the Holocaust to postapocalyptic fiction. Finally, he calls for “brisantic politics,” a culture of unmaking that is capable of slowing the advance of capitalist suicide. “Brisance” refers to the shattering effect of an explosive, but Truscello uses the term to signal a variety of practices for defeating infrastructural power. Brisantic politics, he warns, would require a reorientation of radical politics toward infrastructure, sabotage, and cascading destruction in an interconnected world.

Congratulations to UWaterloo English’s Dr. Jay Dolmage, who has been named to the Royal Society of Canada’s College of New Scholars, Artists and Scientists. Dr. Dolmage is the author of the books Disability Rhetoric, was published with Syracuse University Press in 2014. Academic Ableism: Disability and Higher Education, and Disabled Upon Arrival: Eugenics, Immigration, and the Construction of Race and Disability. He is also the Founding Editor of the Canadian Journal of Disability Studies. 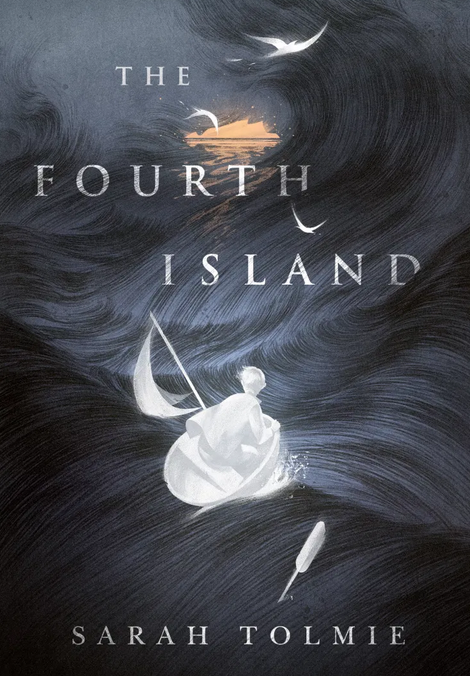 When a body washes up on the shores of a village in the Aran Islands, it brings mystery with it…

Huddled in the sea off the coast of Ireland is a fourth Aran Island, a secret island peopled by the lost, findable only in moments of despair. Whether drowned at sea, trampled by the counter-reformation, or exiled for clinging to the dead, no outsiders reach the island without giving in to dark emotion.

Please join me in congratulating UWaterloo English’s Dr. Lai-Tze Fan, one of two of our faculty to win prestigious SSHRC Insight Development Awards this year. Dr. Fan’s project is titled “Unseen Hands: A Material History of the Gendered Design of Technologies from Typewriters to AI Virtual Assistants.” A description is below.

“Unseen Hands: A Material History of the Gendered Design of Technologies from Typewriters to AI Virtual Assistants.”
In 1912, the periodical Remington Notes depicted Leo Tolstoy, famous author of War and Peace and Anna Karenina, with two women typing his spoken dictation on a Remington typewriter. The original caption reads: “Count Tolstoy and his three assistants.” Years later, Tolstoy is the name that is remembered, while the women, along with their stories, have been lost to history. Why were these women represented as synonymous with their machines? How did the typewriter—and the computer and AI virtual assistant after it—become reduced to a gendered technology in our culture? In what ways have women responded by using gendered technologies as tools for empowerment and creativity?

This project addresses a gap in the study of women’s labour in science and technology: the ways in which technologies associated with gendered labour are already, in fact, gendered by design—and have been so since the Industrial era.

By analyzing the gendered design of the Industrial­-era typewriter (1870s to 1910s), this project will offer a better understanding of the gendering of technology that has persisted with personal computers (1970s to 1990s) and AI virtual assistants such as Apple’s “Siri,” Amazon’s “Alexa,” and Microsoft’s “Cortana” (2010 onward). In doing so, this project joins important conversations about the stories of historically marginalized and unseen women—including those in scholarly fields such as science and technology studies, gender studies, media studies, and STEM, as well as in public forums such as books, films, art, and social media.

Congratulations to UWaterloo English MA student Danielle Bisnar Griffin, who is the recipient of a SSHRC Graduate Scholarship. You might recognize Danielle from previous blog posts, announcing the awards she received as an undergraduate student at UWaterloo. In this instance, the research will fund her MA project “Genetic Possibilities, Eugenic Realities?: British and American News Coverage of the He Jiankui Controversy.” 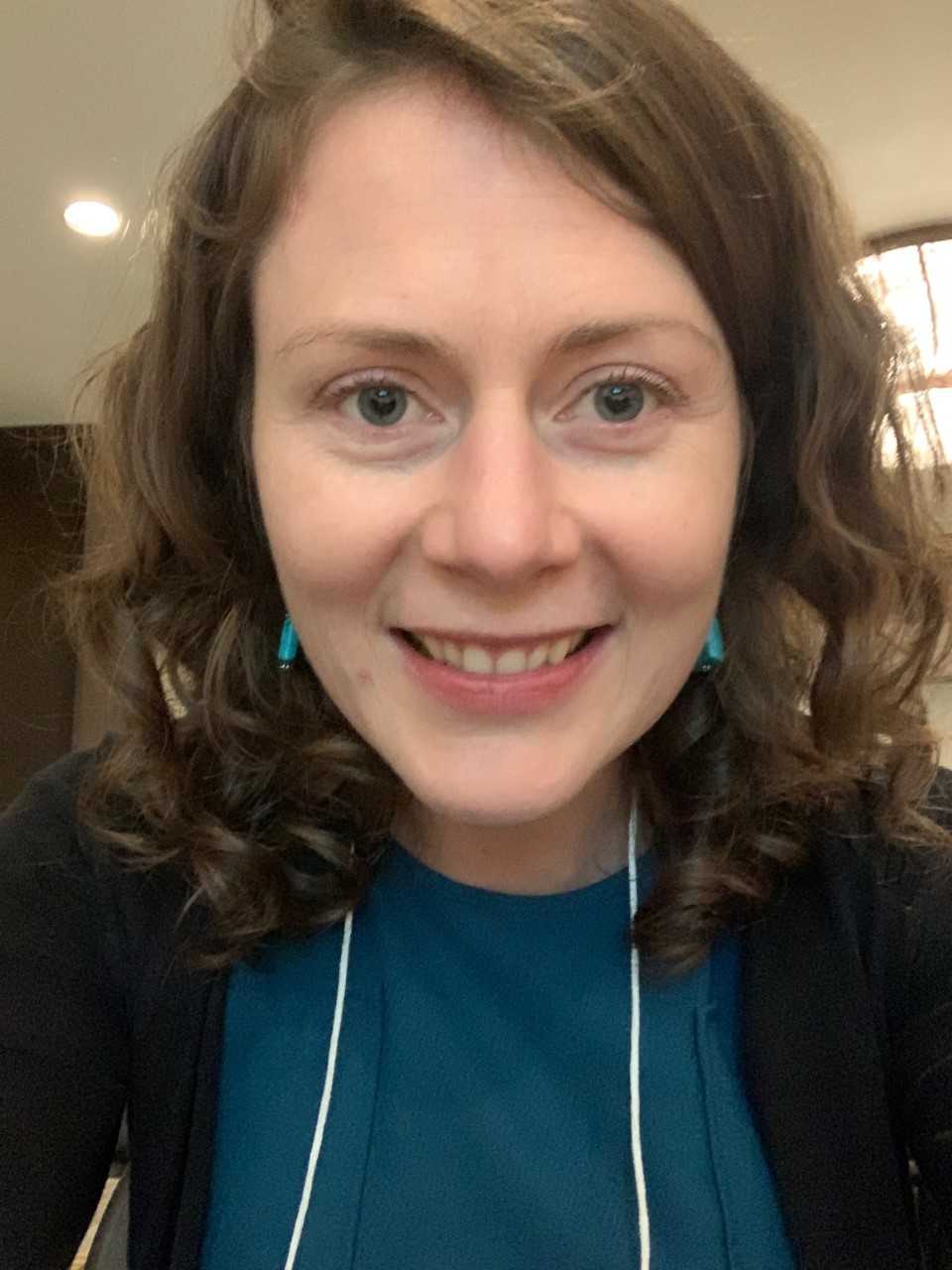 Please join me in congratulating UWaterloo English’s Dr. Heather Love, one of two of our faculty to win prestigious SSHRC Insight Development Awards this year (watch the blog for the next announcement!). Dr. Love’s project is titled “The Rhetoric of Techno-­Mediated Maternity in Early 20th­Century Literature, Media, and Medicine.” A description is below.

“The Rhetoric of Techno-­Mediated Maternity in Early 20th­Century Literature, Media, and Medicine.”

In today’s world, public and scientific conversations about obstetrics are full of references to controversial technologies: rising rates of caesarian delivery; easily accessible assistive procedures like in vitro fertilization; the possibility of using CRISPR gene editing techniques to alter human embryos. If we look back in time one hundred years, we find a remarkably similar techno-obstetric context. The specific technological tools and procedural references may have shifted—in the early twentieth century, debates centered on techniques like using ether and “Twilight Sleep” drug cocktails to manage labour pain, and on the shift to hospitalized birthing as the norm; however, both now and then, medical practitioners and patients are/were faced with a slew of new possibilities for integrating bio-technology into the human reproduction process, a fact that produced both excitement and anxiety, raised ethical and moral questions, and generated prolific textual meditations across artistic, media-based, and scientific communication genres.

This project seeks to better understand the rhetorical strategies—i.e. the persuasive techniques—that authors, writing from different perspectives and in different forms of communication, used to shape obstetrics-focused discourse in the early twentieth century. To accomplish this task, I will be working with a Research Assistant to:
* Gather and organize an archive of references to early twentieth-century developments in obstetric care that appear in literary texts, media sources drawn from newspapers and magazines, and scientific papers in medical journals.
*Compare those texts by examining their rhetorical approaches to communicating information about emerging obstetric practices (and their significance) to different audiences, in different contexts, and for different purposes.
*Communicate our findings to humanities scholars, the medical community, and the public through a multi-pronged knowledge mobilization plan that includes conference presentations, academic articles, public talks, media venues (radio, newspaper, medical journal commentary sections), and a workshop.

As a whole, the project aims to answer the following two questions: How did early twentieth-century literature hep shape broader societal attitudes towards new medical technologies and procedures in the field of obstetrics? And, how can a better understanding of the multi-disciplinary discourse network surrounding early twentieth-century obstetrics inform medical communication practices in the present day? The focused case study of early twentieth-century references to emerging obstetrics techniques, procedures, and interventions will reveal several more specific types of connections: it will contextualize early twentieth-century literary references to medical technology within the medical and media discourses of their contemporary moment; and it will track how new ideas and developments within scientific fields like medicine are echoed, questioned, challenged, and connected to non-scientific contexts (ethical, interpersonal, emotional, etc.), either when public media sources present and market those ideas to readers or when literary authors embed references in their more experimental texts. An historical exploration of these types of connections promises to offer insight on our own twenty-first century context by illuminating the ways in which social and cultural understandings of healthcare circulate and evolve during periods of rapid technological development

Debating Dissent: The Role of the News Media in the Devaluation of Black Canadian Activism
My dissertation examines the way that the Canadian news media delegitimizes anti-racist activism to contribute to the harmful national narratives of racial equality manufactured and disseminated by the white Anglophone majority. I examine the discourse used to frame three instances of Black Canadian uprising, the 1969 Sir George Williams Affair, the Yonge Street Uprising of 1992, and the 2016 Black Lives Matter sit-in at the Toronto Pride parade, in four major newspapers including the Toronto Star, the Montreal Gazette, the Globe and Mail, and the National Post. Using critical discourse analysis as a methodology and critical race theory as a theoretical lens, I argue that these newspapers utilize racist discourses by attributing the presence of activism to Black cultural and biological deficiencies. The journalists covering the Sir George Williams Affair use xenophobic discourse and raise moral alarm in order to blame the uprising on West Indian students as well as international communist organizations and the Black Panthers. These discourses situate activism as a foreign import in order to disavow the existence of racism on Canadian soil. The coverage of the Yonge Street Uprising utilizes the discourse of the minimization of racism and the discourse of dichotomies to deny the existence of racism by blaming activism on the supposed Black predisposition toward criminality. Those covering the Black Lives Matter sit-in at the Toronto Pride parade utilize devolutionary discourse, the discourse of irrationality, and the discourse of immorality to devalue activist endeavours. These discourses portray Black activists as evolutionarily inferior, unintelligent, and immoral. I historicize, conceptualize, and analyze the discourses listed above arguing that Canadian journalists recycle racist ideologies that once justified and sustained the transatlantic slave trade. Exposing these ideologies will force a necessary revision of the harmful national narratives that disavow the existence of racism and perpetuate the oppression of Black Canadians

“Ill Schooled in Bolted Language”: Shakespeare’s Tragic Flaw
Abstract: Textbooks of rhetoric emphasize the significance of taking into account the values and interests of the particular audience when designing and delivering a speech. And the breach of this requirement is grouped among the greatest “vices” of the art of rhetoric. This dissertation investigates Shakespeare’s experimentations with this rhetorical “vice” (taken to its extreme) in his tragedies. I argue that Shakespeare present tragic protagonists who are in one way or another spectacular human beings, but who are also in one way or another irresponsible and inconsiderate of others. And the downfall of the hero is initiated by his unrhetorical dealings with the people around him—even with those who sincerely admire and celebrate him. This hubristic hamartia of the hero is indiscriminate—the hero treats friend and foe alike. I hope to show how each tragedy is a unique display of the devastating consequences of being or becoming hubristically unrhetorical. Despite all of his outstanding features, due to his rhetorical shortcomings, the hero is easily manipulated. As I will demonstrate, cautiously considering the other in social interactions shields one against being exploited by the other. The unrhetorical, that is to say, become easy prey for the rhetorically manipulative.